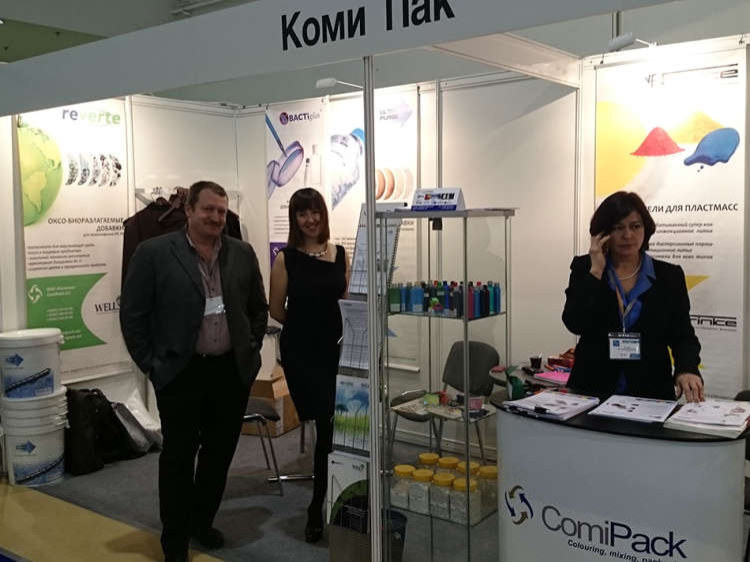 Wells Plastics partners in Russia, Comipack LLC, have once again this year taken part in the Interplastica show held in Moscow. Interplastica, held every January, is widely regarded as Russia's leading platform for Plastics technology and draws exhibitors and visitors both from across the country and around the globe.

This year Wells also took the opportunity to present ReverteTM at the shows conference held within the exhibition centre. The presentation entitled "ReverteTM Oxo-biodegradable Additive Masterbatches for Plastic Film and Sheet" was given in both English and Russian.

"The presentation was designed to raise awareness about Oxo-biodegradable technology and its use in ordinary polyolefin's" said Alex Jones of Wells Plastics. "It also served as a good opportunity to promote ReverteTM and Comipacks stand at the show", added Jones. The conference and exhibition were both well attended and served as a very useful place to discuss Bactiglas, Wells antibacterial additive masterbatches, and ReverteTM. Now Wells and Comipack are looking forward to following up on the interest created at the show and further developing the market for both products in the region. 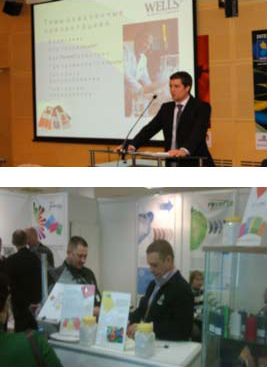